Where cultures meet: Christmas in Jerusalem

Where cultures meet: Christmas in Jerusalem

Christmass at the Church of the Holy Sepulchre brought out Jerusalem’s multiculturalism at its best for Shlomo Roiter-Jesner.

Coming from a traditional Jewish family, I have never celebrated Christmas at home. While I have always had friends who celebrated the holiday, I never had the opportunity to experience it first hand back in New York. Moving to Jerusalem, a city sacred to three major religions, brought with it the opportunity to further explore the holiday and its traditions. It may sound paradoxical that I would first have these experiences in the Jewish state rather than majority Christian America, but then again, Jerusalem is not what most people expect.

Many peoples’ perception of Jerusalem is that of a war-torn city. In actuality, the converse is true. While the conflict’s negative effects have included terror attacks and tension among the city’s residents, it is at places like the Church of the Holy Sepulchre – where Jesus is believed to have been crucified – that I found multi-culturalism and tolerance at their finest; two traits that I believe are representative of the atmosphere prevalent in Jerusalem.

“I found multi-culturalism and tolerance at their finest; two traits that I believe are representative of the atmosphere prevalent in Jerusalem.”

As a practicing Jew, my decision to attend Christmas mass was not at all religiously motivated; it stemmed from a desire to personally experience the culture and religion of many of my friends and neighbours. I found a slew of like-minded individuals at the Church of the Holy Sepulchre, from a myriad of backgrounds, whose only common trait was their desire to understand and experience something that had always been foreign to them. From Ethiopian Jews to Muslim Israeli-Arab youth to the agnostic German tourist who invited me to walk with her to Bethlehem for mass at dawn, what brought us together was an environment of pluralism and religious freedom that is ubiquitous in Jerusalem. While this may seem like a normal occurrence, it is regrettably not the order of the day in the Middle East. Religious minorities are being persecuted around the Middle East, not least in the instability of Syria and Iraq, and even in moderately stable countries such as Egypt and Iran. Surprisingly enough, the only conflict that I encountered on Christmas Eve was an argument between the Egyptian Copt and Greek Orthodox monks over the timing of their services in a church shared by six denominations of Christianity. 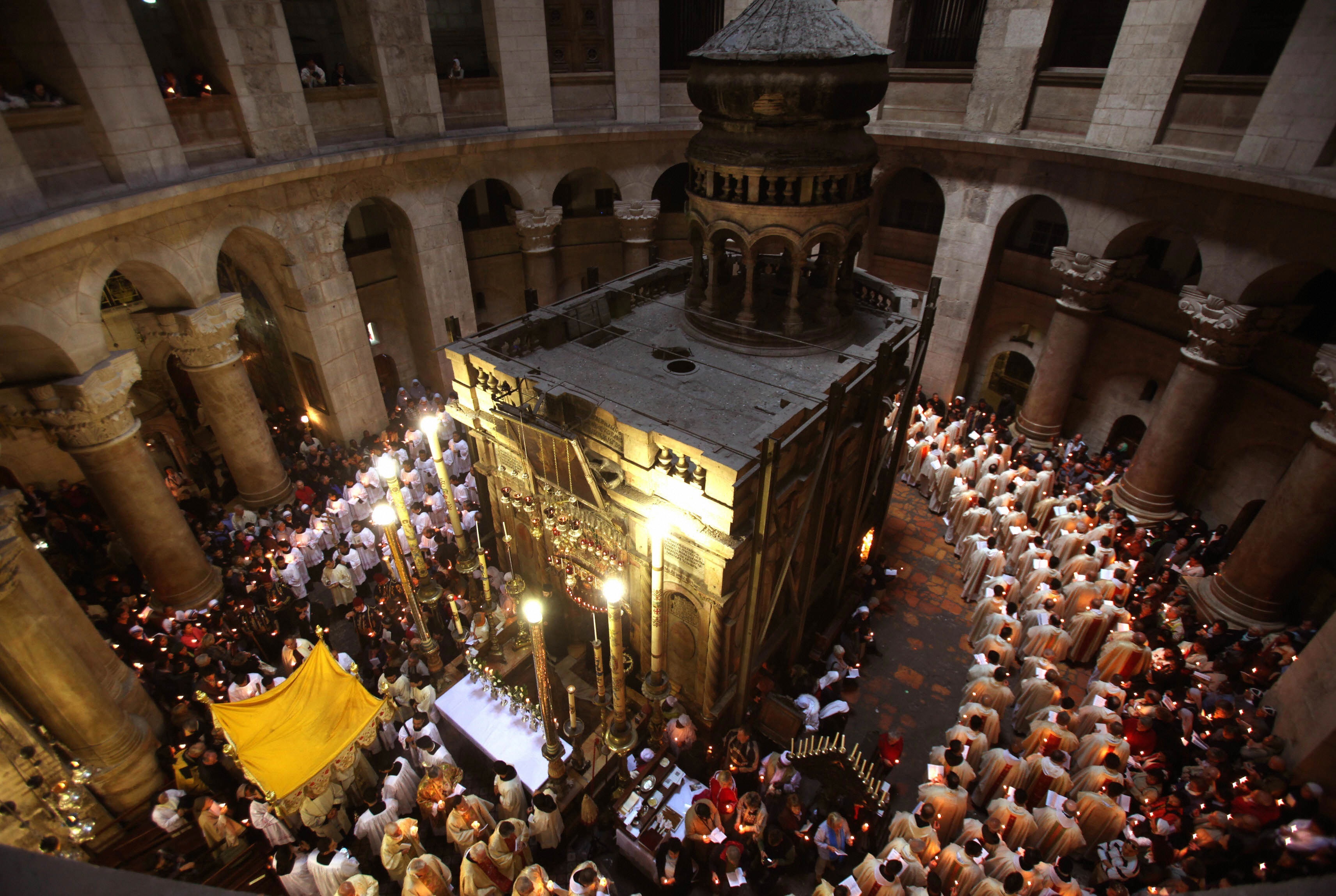 The service itself, held in four different languages, reflected a feeling of togetherness, evident throughout the evening. While we are used to thinking of religion as something that divides people, on Christmas Eve it was religion that brought everyone together. I believe that this evening did not take place in a bubble, but was part of an atmosphere of mutual respect and understanding present in the city. Ignoring extremists from both sides, one can see evidence of this multi-culturalism daily. From buses, to shopping malls and universities, Jews, Muslims, and Christians go about their days in a peaceful coexistence; and from the Parliament to the Supreme Court and even the military, minorities are represented in every part of the national bureaucracy.

Looking to power politics of the past to understand the present

In face of this multiculturalism, I cannot help but question why the incessant flow of criticism of Israeli democracy.  In a city where all are free to worship or not worship as they see fit, with no threat of religious persecution or discrimination, I must ask: Why the constant fixation with elaborate plans for externally imposed political solutions? The responsibility for political solutions lies with those living and experiencing the reality on the ground, a reality which today is very sustainable and comfortable for all parties involved, especially members of minority communities.

The way to address these issues is not through people, most of whom have no connection to the land, erecting mock checkpoints or disrupting Israeli speakers. Engaging in dialogue while recognising the legitimacy of the rights of all relevant parties, should be a starting point for those interested in making progress. The Israeli-Palestinian conflict will not be resolved at Cambridge University. What can be done, by us as students, is to try and build an environment of dialogue and multi-culturalism similar to what one can experience during Christmas in Jerusalem. We should instead focus our energy on working together to recreate the unique atmosphere of the city of Jerusalem, one of understanding and dialogue, something which will be significantly more conducive to the dreams and desires of all parties partial to this conflict.